How can we help you today?

Open App Store on the iPhone or iPad, search “EShare”, and install EShare for iPhone/iPad. 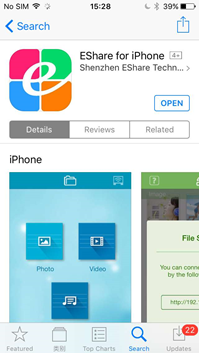 Upon completion of installation, launch "EShare" in your phone, and it will automatically search OneScreen device in the same network. In the device list, click on the name of the device you want to connect to. You can also click "Scan QR Code" and scan the QR code displayed on the OneScreen to connect. 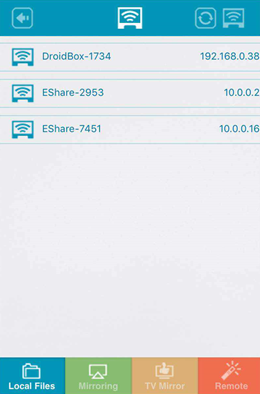 Click on any file (including video, picture, office document, PDF, e-book, and so on) in your phone or pad, it will be played or showed on your OneScreen.

Click on the “Mirroring” button in EShare, the screen will be mirrored to your OneScreen.

With "TV Mirror" feature, you can mirror the screen of the OneScreen to android device and touch directly to control it, just like you are touching on your OneScreen. Click the button on the right side to open the tool bar, as shown in the following diagram. 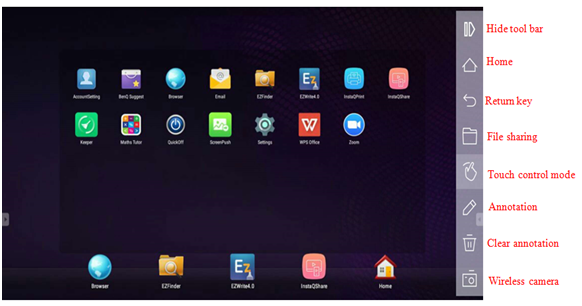 You can use your phone as a touch mouse, air mouse, keyboard, touch pad and remote controller of the OneScreen. 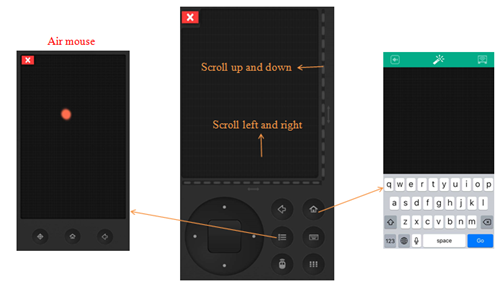 In other applications, you can share files via EShare to OneScreen. 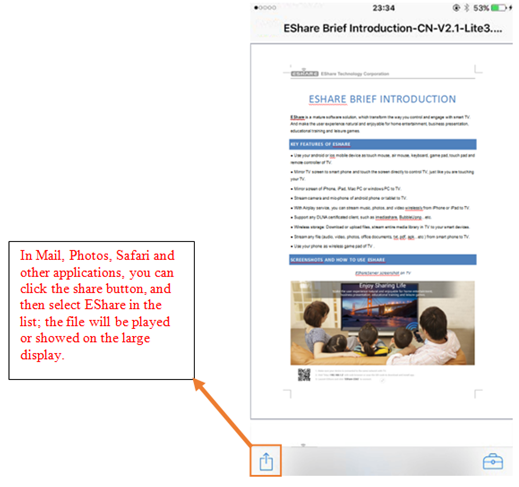 You can also share files to the OneScreen via other client apps which support DLNA.

Did you find it helpful? Yes No

Send feedback
Sorry we couldn't be helpful. Help us improve this article with your feedback.